Couch-Bunker – A Treasure in Disguise 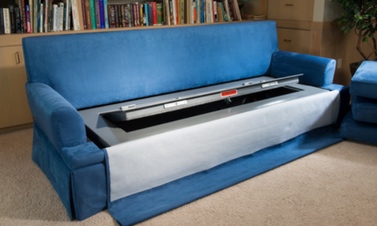 Ever wonder how can your sofa be turned into something handy in disguise by innovative means? How can we make our sofa useful for specific scenarios, like Heracles Corporation, owner of the Couch-Bunker system, USA has done?

They have customized a couch in such a way that it wraps a fire-rated gun safe inside. The gun safe measures 96″L x 39″W x 14″H and weighs around 650 pounds. It is hidden inside a custom-built couch. The total weight including safe and couch is around 900 pound. The couch has bullet proof cushions with carry straps, that can be used as a shield on the fly.

The cushions are portable and can be used as a personal shield. It is capable of stopping a 44 Magnum at point blank range! (Probably something that special agent 007 has in his car!) The safe is also coated with fire resistant material which gives a 2-hour fire protection. Underneath the seat cushions lies a full-size vault. It is not only beautiful and attractive but comfortable too. In addition to all that, it can be turned into a guest bed! It’s a treasure in disguise. 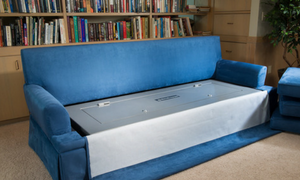 The vault is quick and easy to access. Simply remove the three seat cushions and open the two Mul-T-Lock key locks, using just one key for both.  From a storage perspective, the safe can accommodate up to thirty rifles, and other valuables. 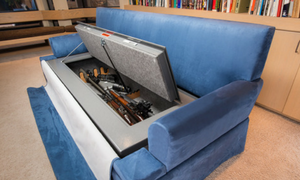 You can select the available style and fabric according to your need ranging from game room casual to living room formal. It is yet to be patented and once you order, it takes 6-8 week’s time for delivery. Charles Alan Inc., a Ft. Worth contract furniture house makes the couches to order.

Options for different configurations of light weight couch is also available. The couch-bunker is very much suitable for home, office or apartment. 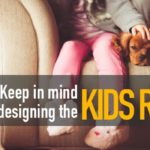 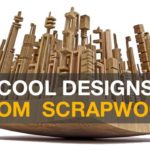 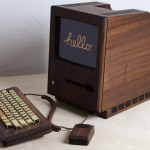 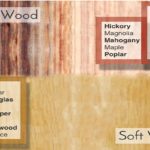 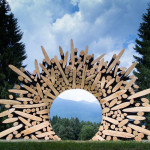 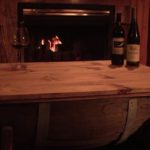 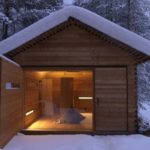 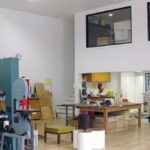 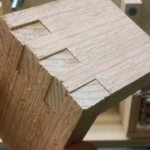 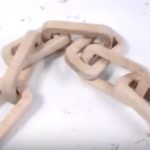